An Excess in Renewables
Opens Pathway for Disruptive Innovations 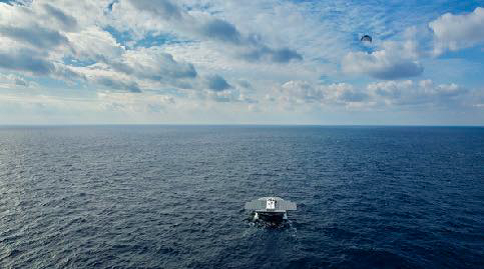 On its maiden voyage of 3,200 km between Tokyo (Japan) and Kaohsiung (Taiwan), MS Porrima demonstrated that sea transport and fishing is ready for a fundamental energy transition. A sector known for burning heavy polluting fuel has now a proven competitive alternative.

This first international voyage of the Swiss MS Porrima delivered a key proof of operation: solar, wind and hydrogen beat all power systems for ships in cost, technical performance and reliability. The next 10,000 miles will finetune how a mix of renewables facilitate novel business models.

The name Porrima is derived from a Roman deity, who was revered as the Goddess of the Future, protector of pregnant women. The ship has a challenging agenda: deliver proof of operations for a dozen technologies demonstrating their performance on an odyssey around the world.

The first proof of operations is the solar system. MSPorrima is equipped with 516 square meters of solar panels, and 8 tons of lithium batteries. The maximum charging capacity with full sun is +100kW. The two electric propulsion engines consume 15 kW, 25kW facing headwinds and currents. Six hours of sun suffice to advance at 5 knots for 24 hours at 10 km/hr. While this may seem slow, it accumulates in 240 kilometers per day. At that speed you circle the world in 200 days, exactly as MSPorrima has done- it is the first ship ever to sail around the globe with solar only.